Hi everybody! First of all I’d like to thank  Samantha & Umberto for the brilliant presentation they gave last Friday. It was really inspiring, with a perfect balance of technical details, data, images, humour and videos. The audience was also great and showed great interest taking notes ( also for their next test!) & asking intelligent questions.

Here’s the firs video shown during the morning, to celebrate the recycling of over a million tonnes of electrical waste from across Europe. This has saved enough energy to power a million and a half homes for a year and kept mountains of valuable material from landfill. Next time one of your gadgets breaks, don’t bin it — recycle it. The gold in your old mobile phone could end up as jewellery or in a new phone.

The second one is about what happens to Jess’s broken hair straighteners when she takes them to her local recycling centre. How elecronic waste is recycled.

The following animation shows how waste electronics can be recycled and what they may become.

This video shows in a more technical way the whole process. I know some students asked for in-depth images.

Among the several campaigns carried out all around Europe to raise awareness among children, teenagers & young people you can here see the video created by a Portuguese primary school. Unfortunately they couldn’t show it during the Talk because the Liceo Internet connection was too slow 🙁 and that was the only video they hadn’t loaded onto their pc. Watch it now, it was done by kids! Creativity at its best!

The second is about JUNK KOUTURE Recycled Fashion Competition Grand Final in Ireland that shows what stunning clothes were designed, created and manufactured from waste by Secondary School Students. Junk Kouture  2013 in association with the European Recycling Platform (ERP) gives young, expressive designers the opportunity to work with various junk materials with a view to creating a striking dress design and an impressive work of art. The winner was Lady Data. Guess what the others were made of!

The third is about one of the Recycling parties in London, 10/11/10. DJs Rob Da Bank and Jackmaster rocked the crowd while Man Like Me and James Yuill played live on stage. Entrance was free with an item of small electrical waste for recycling.

In order to enforce the answer given to the girl who asked the speakers’ opinion on the illegal smuggling of electrical waste to countries like Africa, I want to end this video roundup by publishing a video that I hope will make you think twice before dumping in the bid an old electric appliance. Please keep in mind that all this only happens when electrical waste is handled illegally. And that is exactly what the European Commission wanted to stop by implementing the WEEE  European directive.

The end of the line: e-waste in Ghana. Every year, tons of used electronics from North America, Europe and other industrialized parts of the world end up in countries like Ghana. This is where televisions, computer monitors and VCRs smuggled illegally come to die. Largely the business of boys and young men, electronics are torn apart, their plastic shells discarded or used as stools or buckets. The guts of computers hold copper, aluminum and other metals that can be sold for money. A kilogram of copper sells for about $4 – over half of Ghanaians live on less than $2 a day.
Electrical wires and cables are some the main components holding the precious copper. To separate the metal from its plastic or rubber enclosure, fire is the fastest solution. Boys set ablaze the plastic casings of computers, sometimes throw in Styrofoam from old refrigerators to increase the intensity of the flames. They then throw in the wires or other components to burn off the plastic. The fire spews a thick, black smoke, releasing not only toxic fumes but chemicals that seep into the ground, meters away from the basic homes of Agbogboloshie, one of Accras poorest neighbour-hoods.
According to a Greenpeace study, some of the chemicals released during the burning process can affect childrens developing reproductive systems, brain development and the nervous system. Ground samples collected from the area were found to contain toxic metals, such as lead, in quantities exceeding one hundred times background levels. Other chemicals such as phthalates – some of which are known to interfere with sexual reproduction – and chlorinated dioxins – known to promote cancer were also found in some of the samples.

You can help stop all this!!

Finally, Here’s the link to the TELESTRATION – a telestrator is a device that allows its operator to draw a freehand sketch over a motion picture image – VIDEO SUMMARY  OF ALL CONTENT DEALT WITH IN THE TALK.  Enjoy it!

Last but not least, I’m adding here a few photos of the audience I took although I was so engrossed in listening  -& checking sound & lights – that I forgot about doing that! 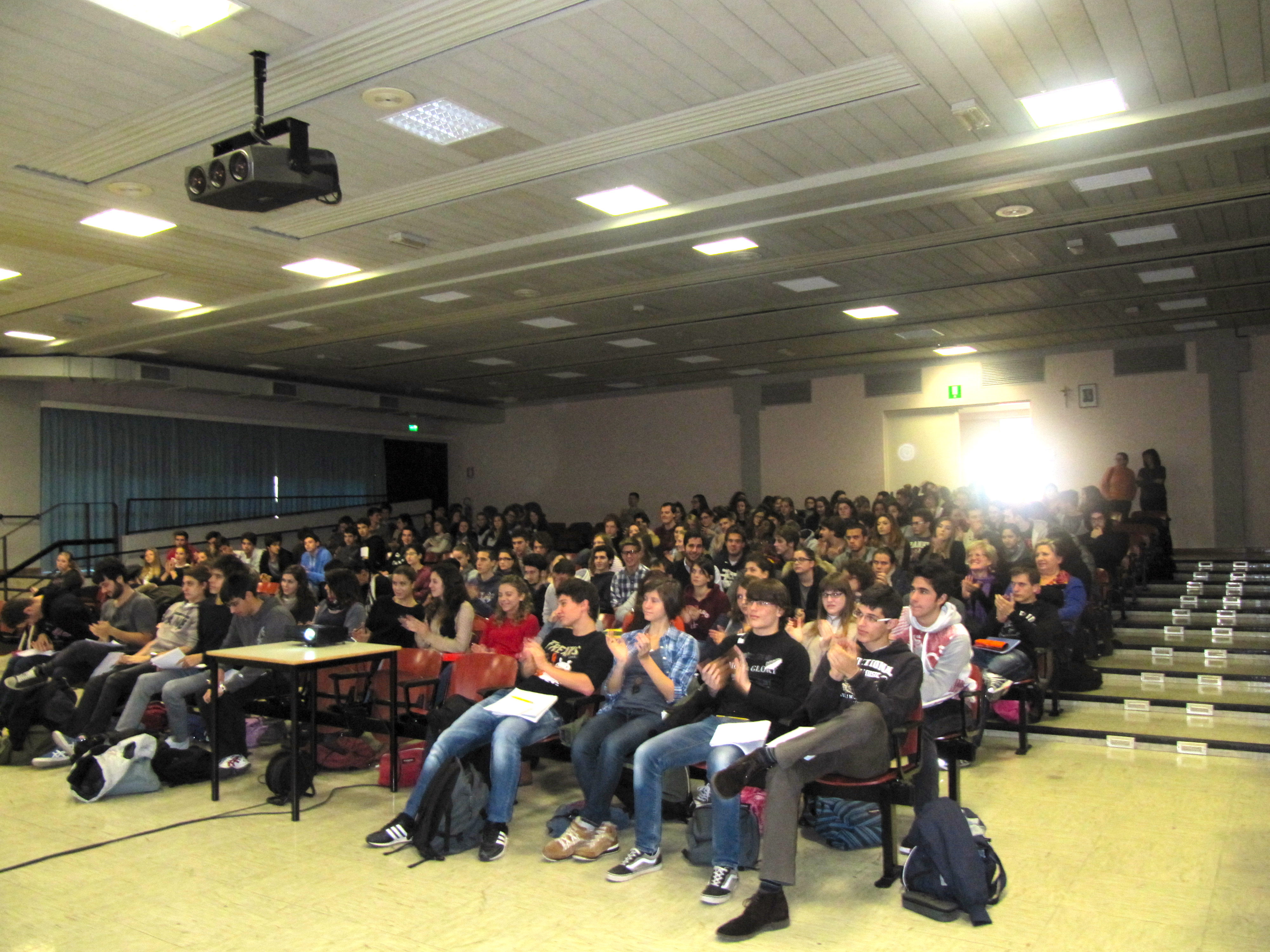 Tha audience in Auditorium B 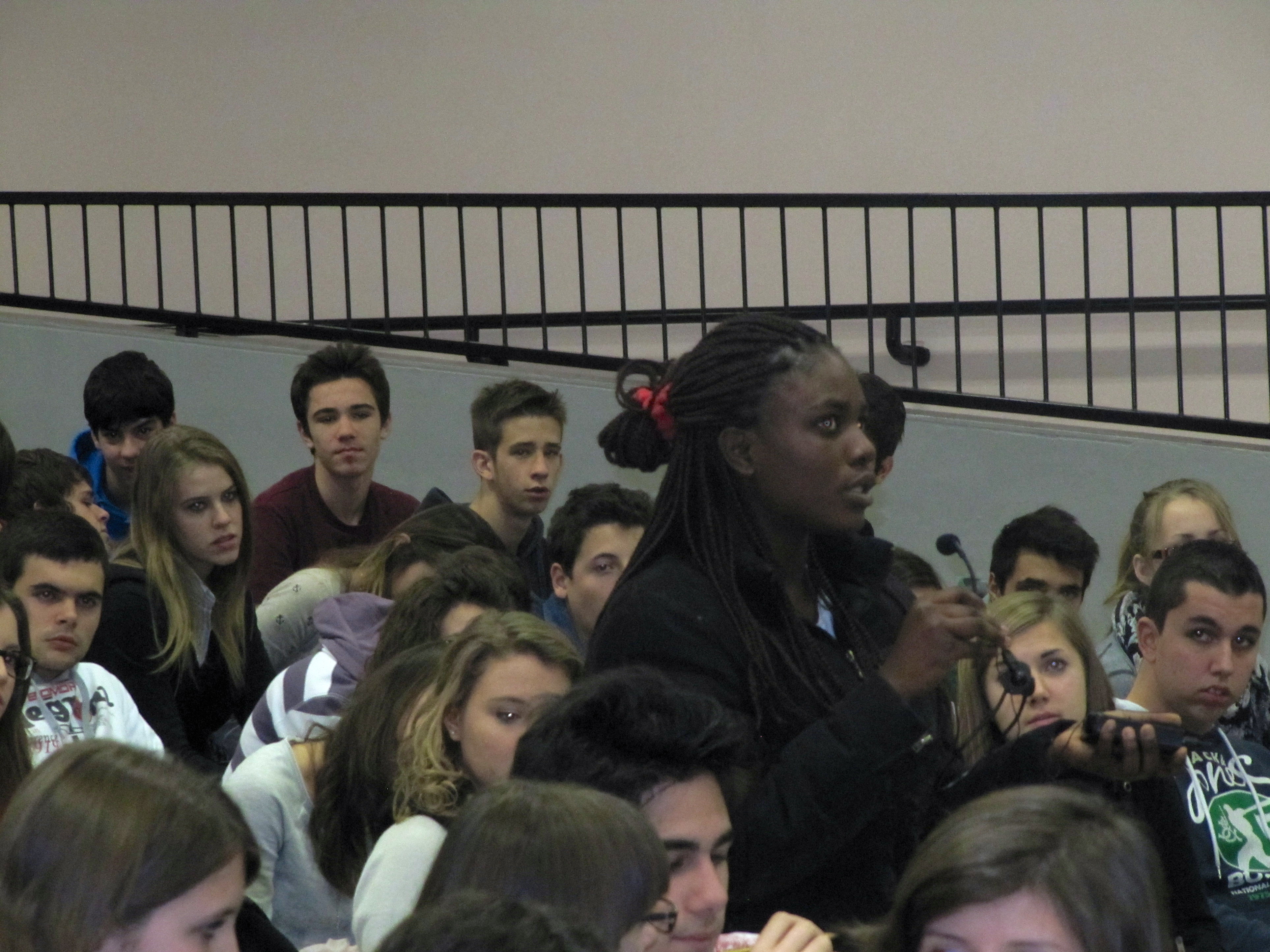 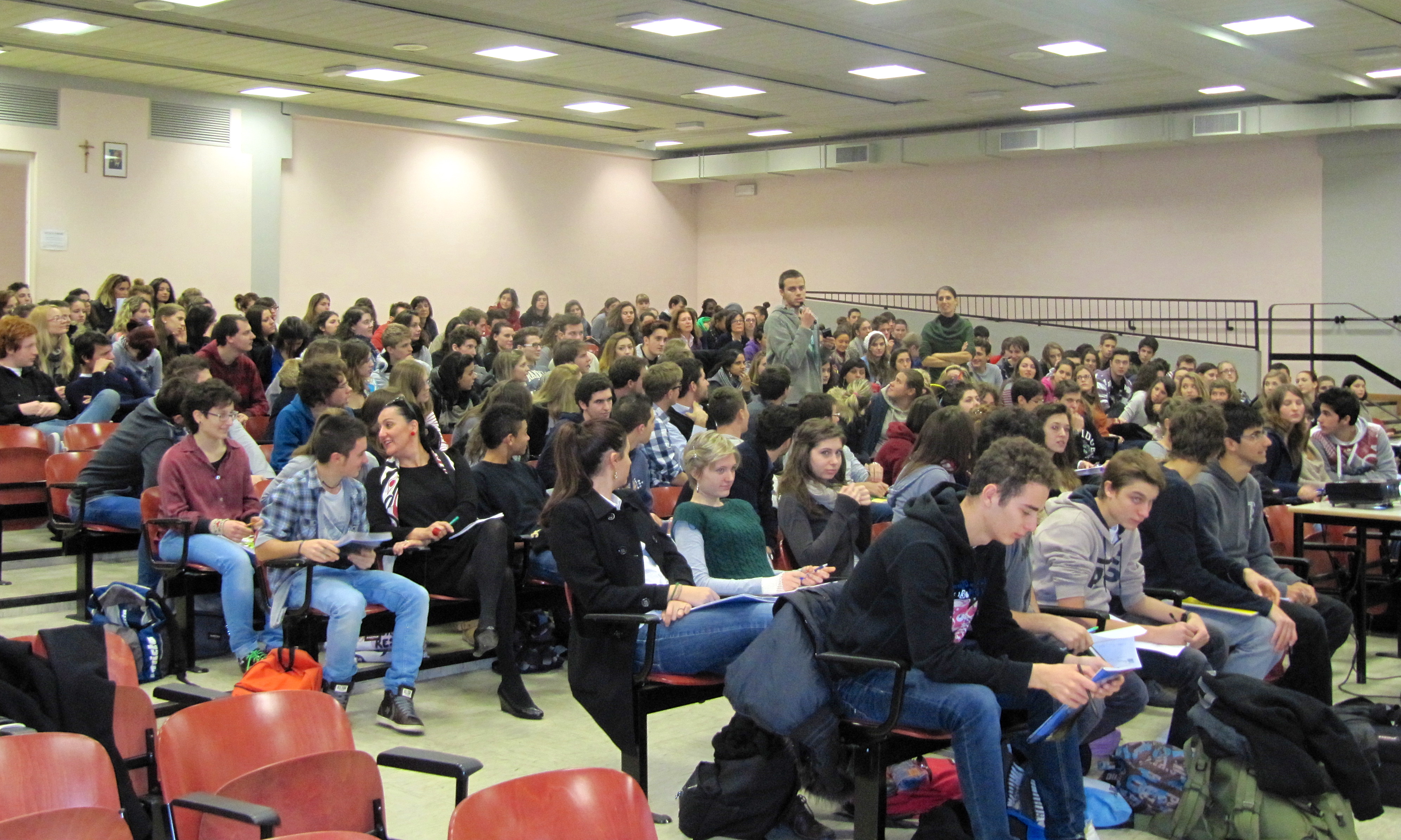 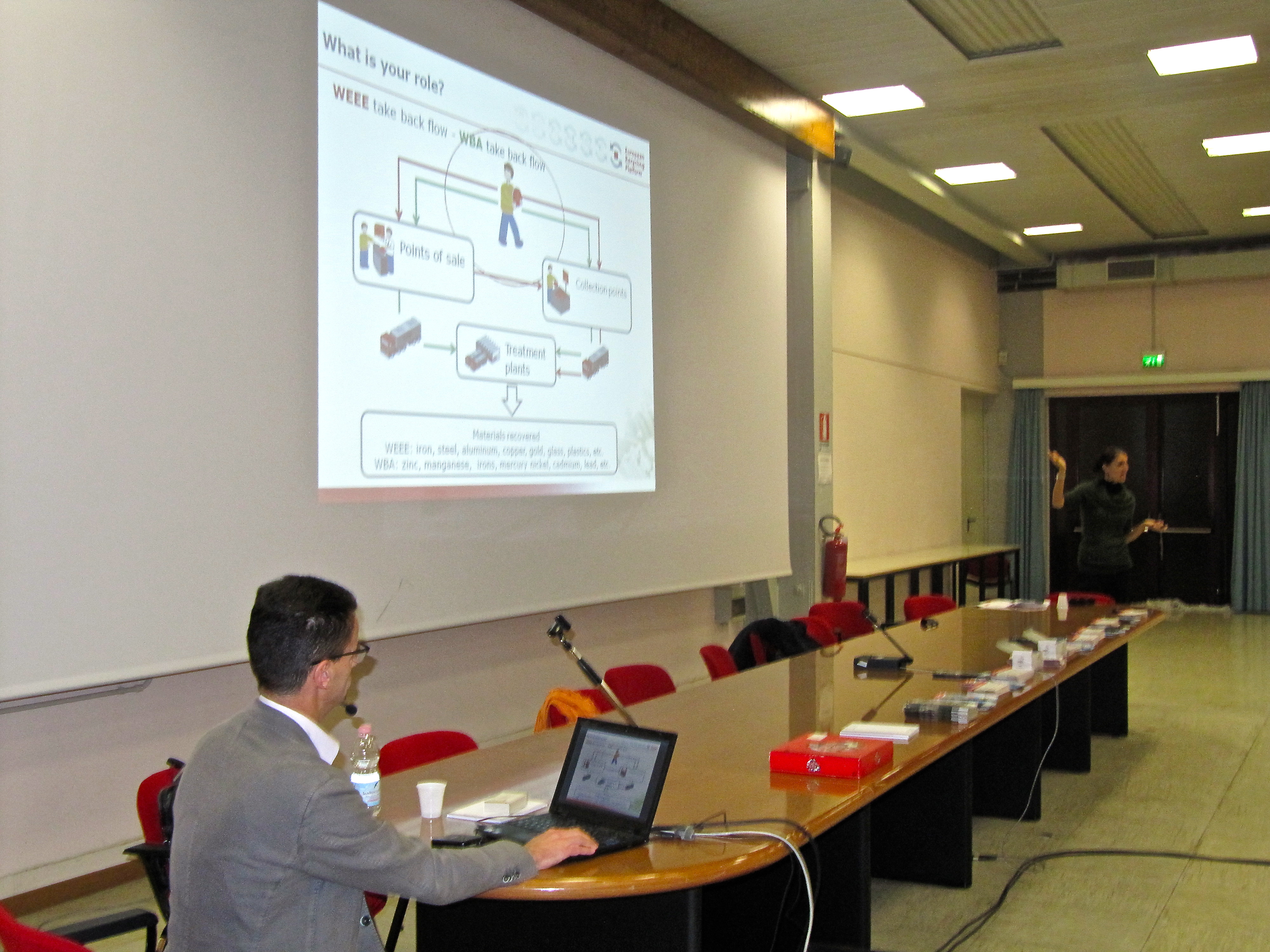 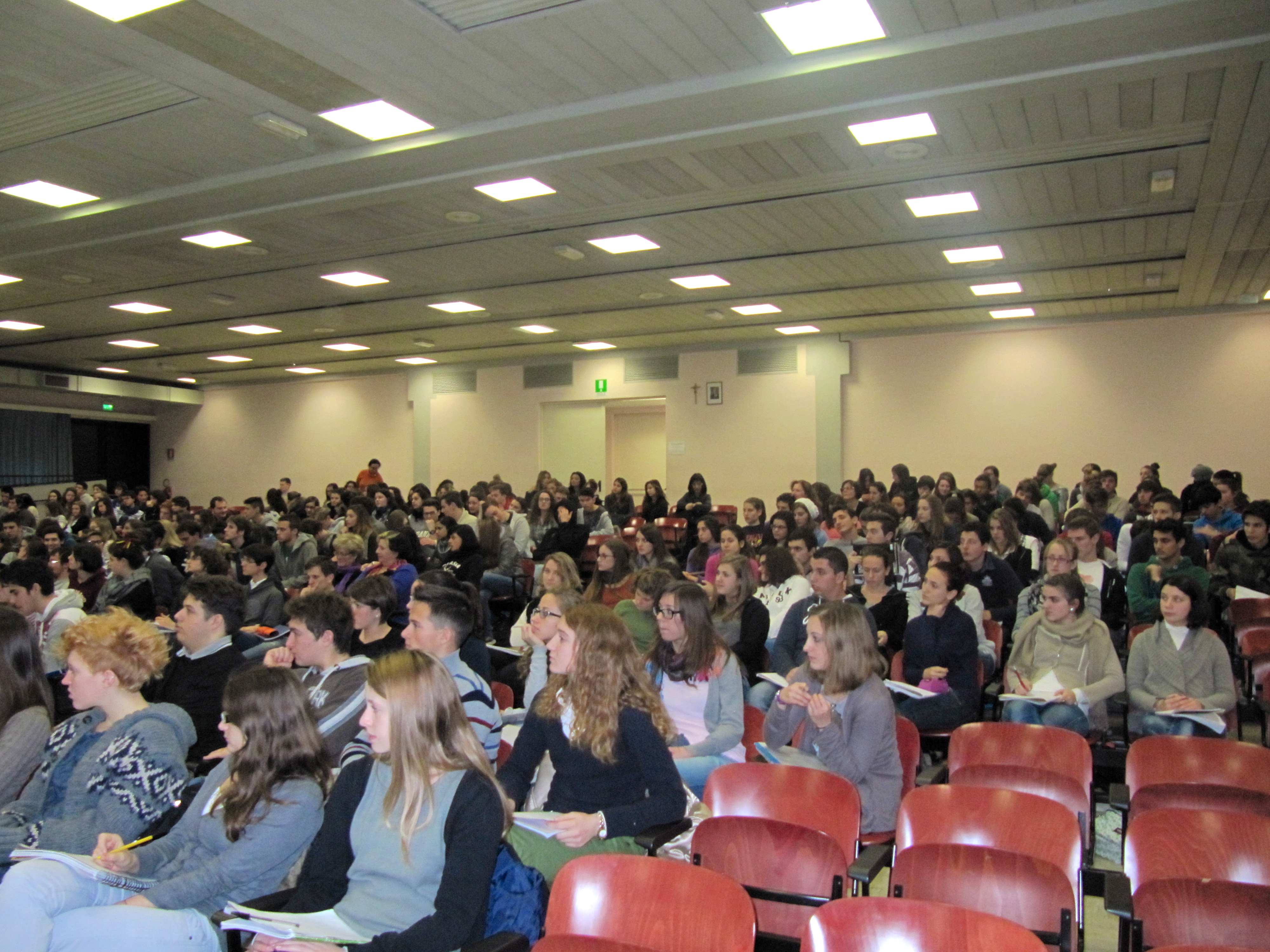 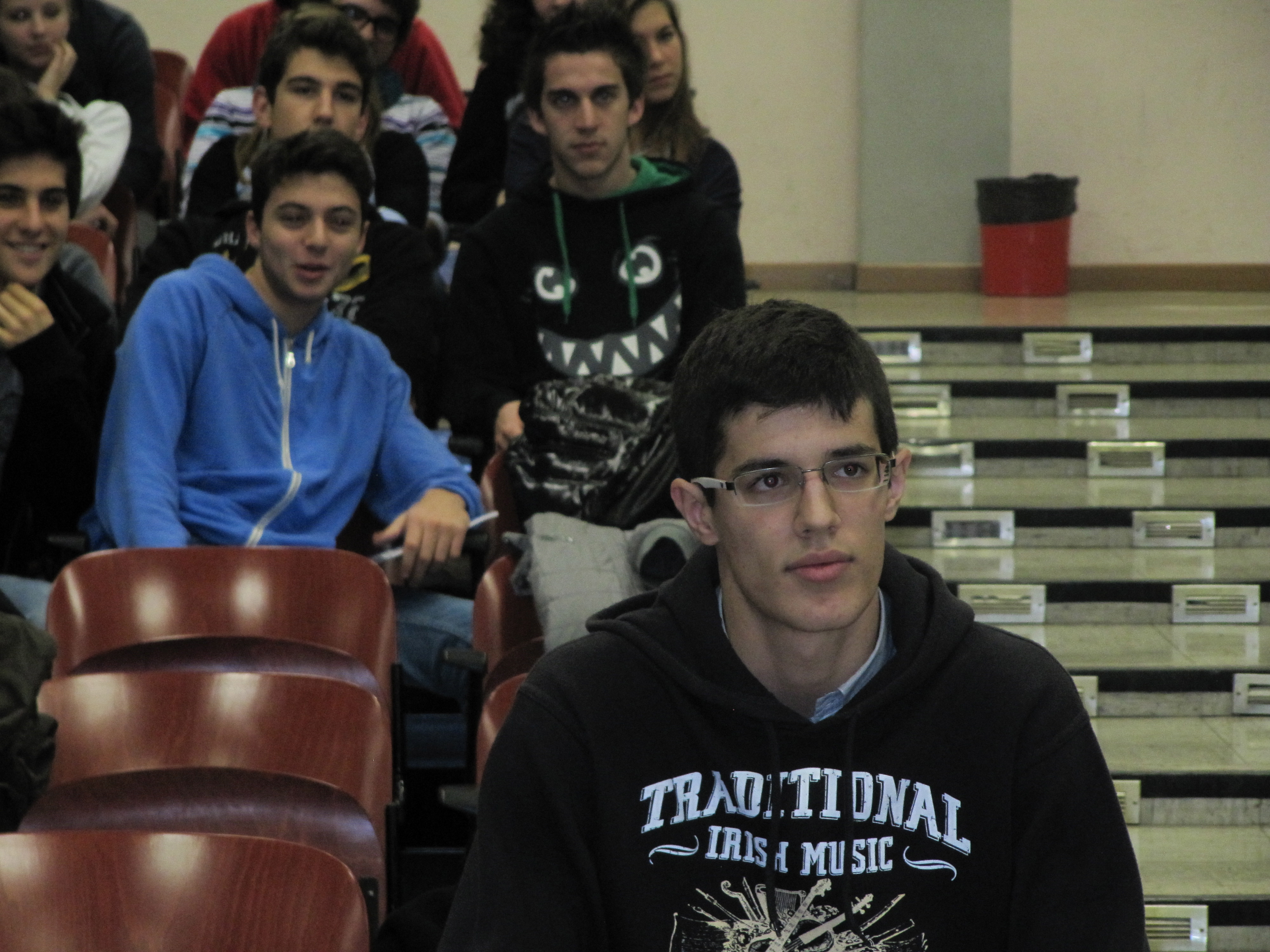 Thanks for your attention & remember that with a small action you can contribute to a sustainable future, guaranteeing good quality of life and a more efficient use of our planet’s resources 🙂

If you want to leave a comment or a message to Umberto Raiteri & Samantha Charalambous feel free to do it & they’ll be very pleased to read it.