When I heard the news of the Nobel Prize in Literature awarded to Bob Dylan, I couldn’t help rejoicing and being delighted as I grew up listening to his great songs and when I was in high school 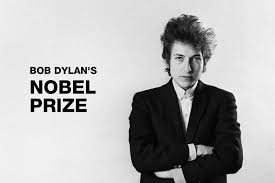 – quinta ginnasio with my beloved and innovative teacher of Italian Mrs. Cattaruzza – we listened to his song Blowing in the Wind and discussed its meaning as an example of poetry. Therefore I couldn’t miss the opportunity to share some insights with you, my dear students. First of all, I was very surprised at realizing that most of you didn’t know who he was nor were they familiar with his songs.

We started by doing some Jigsaw reading of some articles from the International press assigned to different groups who had to find the relevant information and summarize them to the members of the other groups. We discovered that the main info was pretty similar and in common to the several articles and students had to search for some mentioned authors and other cultural references. Here’s the articles we dealt with: The Guardian , The Economist, Rolling Stone, The Washington Post, The New York Times. I’m now writing this post because I’d like you to have a look at the digital version that we couldn’t use in class (due to some problems with the wi-fi we have to use photocopies) so that you can now appreciate the extra value of photos and videos.

We then listened to some of his beautiful songs and honestly, it’s been very hard to choose which :). TASK 1: Which is your favorite? Why?

1. Blowing in the wind is a song written by Bob Dylan in 1962 and released as a single and on his album The Freewheelin’ Bob Dylan in 1963. Although it has been described as a protest song, it poses a series of rhetorical questions about peace, war  and freedom. The refrain “The answer, my friend, is blowin’ in the wind” has been described as “impenetrably ambiguous: either the answer is so obvious it is right in your face, or the answer is as intangible as the wind”.[2]

2. Forever Young. Bob Dylan wrote Forever Young for one of his children. It was released on the 1973 album “Planet Waves”. According to the British literary critic Christopher Ricks in his work Dylan’s Visions of Sin (2003), the title echoes John Keats “Ode on a Grecian Urn”, which contains the line “For ever panting, and forever young”.

This live version of “Forever Young” is taken from The Last Waltz which was held on Thanksgiving Day, November 25, 1976.

3. Like a Rolling Stone is a 1965 song. Its confrontational lyrics originated in an extended piece of verse Dylan wrote in June 1965, when he returned exhausted from a grueling tour of England.

4. A Hard Rain’s a-Gonna Fall” (PDF of the lyrics)  is a song written by Bob Dylan in the summer of 1962 for his second album The Freewheelin’ Bob Dylan. T 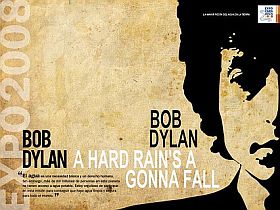 he lyrical structure is based on the question and answer form of traditional ballads such as Lord Randall (that we studied in 3Clin).  Dylan has stated that all of the lyrics were taken from the initial lines of songs that “he thought he would never have time to write”.

NOTE TAKING. Finally to know a bit more about him I found two short videos on his biography.  The  information, images, and sounds given in the two videos are complementary.

KAHOOT TIME! Let’s play this quiz ! 🙂 If we haven’t done  it in class we will. I’m sorry to close this post with the latest piece of news: Bob Dylan says he will not travel to Stockholm to pick up the 2016 Nobel Prize for literature. The Swedish Academy, which gives out the Nobel prizes, says it received a personal letter from Dylan saying he had “pre-existing commitments,” (NPR)

FINAL ORAL TASK: now that we have investigated into the life and career of this great artist you are ready to give a PRESS CONFERENCE TO TALK TO REPORTERS. Imagine you’re Bob Dylan’s spokesperson/agent or a journalist at a EUROPEAN YOUTH PARLIAMENT. PREPARE A 5M’ SPEECH  ANSWERING THE FOLLOWING QUESTIONS   If you like you can add a short Prezi, Emaze or Tackk (if you’re familiar with) to accompany your speech. 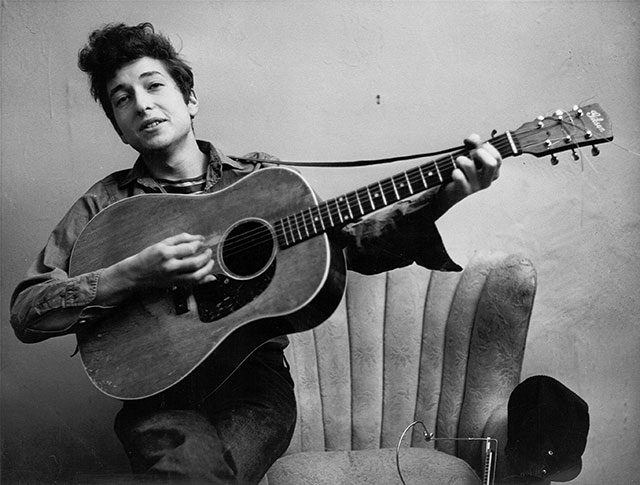 Last but not least, if, after this module, you fell in love with the Bard, there’re two movies to watch.

No Direction Home by Marin Scorsese

I’m not there with Kate Blanchett.

I hope you enjoyed reading this post as much as I did writing it 🙂 When I was your age and bought his records (by the way, I’ve just been given his latest cd as a present for my birthday) and when I went to his concert in Padova a few years ago, it wouldn’t have crossed my mind that he’d become a Nobel Prize! But you see … the Times They’re Changing 🙂 🙂 🙂