On October 1st 2017, a new shooting took place in Las Vegas:  A gunman Stephen Paddock killed more than 50 people and wounded at least 500 others. Here’s the Cnn report. That shooting is only the last of a long series of massacres.  See  Voices of America’s report.

“An average of one mass shooting happened every day in the U.S. in 2015”, the New York Times reported. Here you can see the timeline  history of mass shooting. I feel horrified at such long history of violence. It’s about time they took some measures! 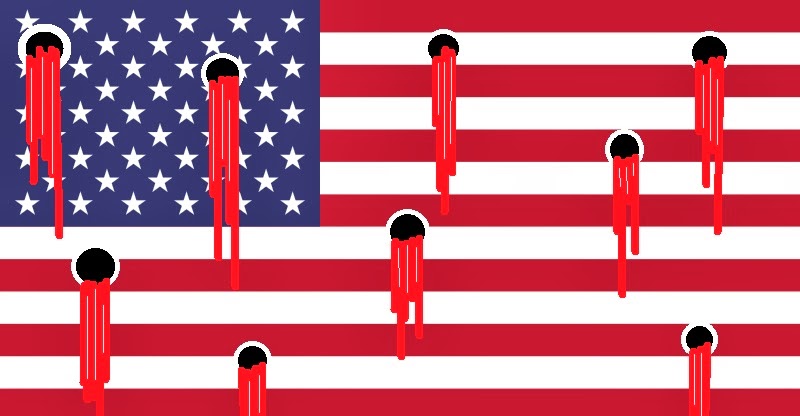 They called for changes to current laws that permit people to purchase guns without a background check. They also want to bar (preclude, prohibit) people on the U.S. government’s “No Fly List” from buying guns. The list contains names of people suspected of having connections to terrorist groups.“If you’re too dangerous to board a plane, you’re too dangerous to buy a gun,” said Democratic Senator Dianne Feinstein of California. ”

Obama pledged for new gun rules and the article in the New York Times Guns Are Our Shared Responsibility was written by him. Let’s read & listen to the article from VOA and watch the video of an emotional Obama.
This contemporary issue is related  to the movie Bowling for Columbine by Michael Moore we’re going to watch together in class.

Here you can find some DATA regarding gun violence in the USA: Gun Violence Archive so that you can compare it to the rest of the world in a visual way. Mass shooting visual guide by CNN. Isn’t it appalling? Did you expect it to be so bad?

Some people even believe that teachers should come to school armed in order to protect their pupils.

How would that “me” make you feel?

Before devoting our next session to the movie and the discussion I’d like you to read a CNNiReport I wrote two years ago, following a shooting at Costal Carolina University. I went to visit that University and it’s pretty close to where my son was studying so I couldn’t help feeling emotionally involved.

I want to add two interesting TedTalks. In the first Sue Klebold  the mother of Dylan Klebold, one of the two shooters who committed the Columbine High School massacre, murdering 12 students and a teacher, explores the intersection between mental health and violence, advocating for parents and professionals to continue to examine the link between suicidal and homicidal thinking.

The next is the Talk by Dan Gross, president of the Brady Campaign to Prevent Gun Violence, who makes a passionate, personal appeal for something that more than 90 percent of Americans want: background checks for all gun sales.

During our next lesson be ready to share your impressions and ideas with the rest of the class using your written notes.

5 thoughts on “DEADLIEST MASS SHOOTING IN THE USA”