This module will lead you to reflect upon the concepts of Art, Vandalism and Graffiti to be able to draw your conclusions and debate: Are Graffiti Art or Vandalism? 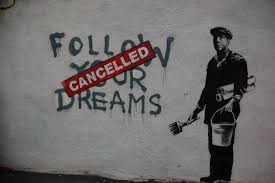 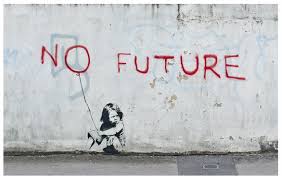 First of all let’s define the word GRAFFITI: Writing or drawings scribbled, scratched, or sprayed illicitly on a wall or other surface in a public place. (Oxford dictionary); words or drawings, especially humorous, rude, or political, on walls, doors, etc. in public places (Cambridge dictionary) The subway walls are covered with graffiti. “They have existed since ancient times, with examples dating back to Ancient Egypt, Ancient Greece, and the Roman Empire. In modern times, paint (particularly spray paint) and marker pens have become the most commonly used graffiti materials. In most countries, marking or painting property without the property owner’s permission is considered defacement and vandalism, which is a punishable crime.(Wikipedia).

Definition of vandalism: willful or malicious destruction or defacement of public or private property. The term includes property damage, such as graffiti and defacement directed towards any property without permission of the owner. The term finds its roots in an Enlightenment view that the Germanic Vandals were a uniquely destructive people.

Definition of ART: he expression or application of human creative skill and imagination, typically in a visual form such as painting or sculpture, producing works to be appreciated primarily for their beauty or emotional power. (Oxford); Creative activity resulting in the production of paintings, drawings, or sculpture.

You can find graffiti in any country in the world. Still they became a cultural phenomenon with the advent of hip-hop culture. I want to show you the video Rapture by Blondie from 1981, as it was was the first rap video ever broadcast on MTV. It took place in the East Village section of Manhattan and it shows some graffiti and the artist Jean-Michel Basquiat.

To introduce our next TOPIC of DEBATE I’m going to use an interesting TedEd THE HISTORY of GRAFFITI: Spray-painted subway cars, tagged bridges, mural-covered walls – graffiti pops up boldly throughout our cities. And it turns out: it’s nothing new. Graffiti has been around for thousands of years. And across that span of time, it’s raised the same questions we debate now: Is it art? Is it vandalism? Kelly Wall describes the history of graffiti.

So is Graffiti Art or Vandaism?

If you want to know more about this phenomenon and the names of its artists in the USA the next video deals with The History of Graffiti in the USA. “Graffiti is the Rock&Roll of visual Arts” 🙂 Art Beat talks to Caleb Neelon and Roger Gastman, authors of “The History of American Graffiti,” a book that charts the history of the art form in the United States.

You can read this article by FutureLearn Art or vandalism: the street art debate.

Is Graffiti Art or Vandalism ? Questions of Art, Advertising and Public Space.

TASK: As agreed you can upload your photos of graffiti around Pordenone in the following Padlet.https://padlet.com/lacimetta/agcvdrdb96ke 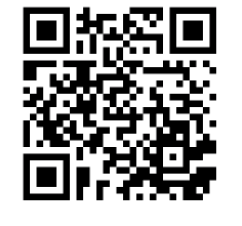 And now after the Debate please VOTE in the following POLL

1 thought on “GRAFFITI: ART OR VANDALISM?”